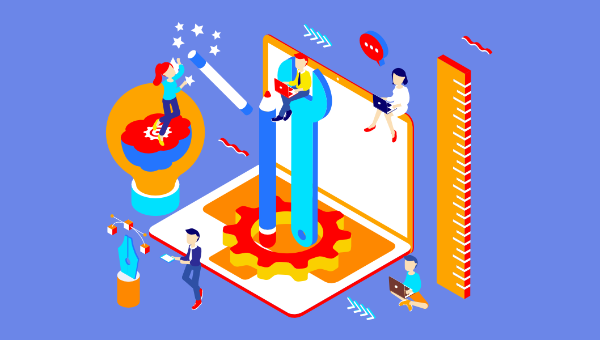 The React ecosystem has evolved into a growing list of dev tools and libraries. The plethora of tools is a true testament to its popularity. For devs, it can be a dizzying exercise to navigate this maze that changes at neck-breaking speed. To help navigate your course, below is a list of essential React tools for 2020.

Hooks are a new addition to React as of version 16.8. They unlock useful features in classless components. With Hooks, React no longer needs lifecycle methods such as componentDidMount to manage state. This encourages separation of concerns because components are not managing their own state. Putting a lot of state management inside class components blows up complexity. This makes stateful components harder to maintain. Hooks attempt to alleviate this problem by providing key features.

The following basic Hooks are available:

Functional components are a declarative way to create JSX markup without class components. They embrace the functional paradigm because they don’t manage state in lifecycle methods. This emphasizes focus on the UI markup without much logic. Because the component relies on props it becomes easier to test. Props have a one-to-one relationship with the rendered output.

This is what a functional component looks like in React:

The quintessential tool to fire up a new React project. This manages all React dependencies via a single npm package. No more dealing with Babel, webpack, and whatnot. The entire dependency tool chain gets upgraded with react-scripts in package.json. There’s a way to integrate Create React App with any server-side rendering tool out there. The tool outputs index.html and static assets in the public folder. This public folder is the touch point where static assets are ready for integration.

It’s easy to get started:

And it’s even easier to upgrade later:

Starting from version react-scripts@0.2.3 or higher, it’s possible to proxy API requests. This allows the back-end API and local Create React App project to co-exist. From the client side, making a request to /my-killer-api/get-data routes the request through the proxy server. This seamless integration works both in local dev and post-build. If local dev runs on port localhost:3000, then API requests go through the proxy server. Once you deploy static assets, then it goes through whatever back end hosts these assets.

To set a proxy server in package.json:

If the back-end API is hosted with a relative path, set the home page:

Declares the type intended for the React component and documents its intent. This shows a warning in local dev if the types don’t match. It supports all JavaScript primitives such as bool, number, and string. It can document which props are required via isRequired.

JavaScript that scales for React projects with compile type checking. This supports all React libraries and tools with type declarations. It’s a superset of JavaScript, so it’s possible to opt out of the type checker. This both documents intent and fails the build when it doesn’t match. In Create React App projects, turn it on by passing in --template typescript. TypeScript support is available starting from version react-script@2.1.0.

To declare a prop type:

Predictable state management container for JavaScript apps. This tool comes with a store that manages state data. State mutation is only possible via a dispatch message. The message object contains a type that signals to the reducer which mutation to fire. The recommendation is to keep everything in the app in a single store. Redux supports multiple reducers in a single store. Reducers have a one-to-one relationship between input parameters and output state. This makes reducers pure functions.

Official React bindings for Redux, it comes in two main modules: Provider and connect. The Provider is a React component with a store prop. This prop is how a single store hooks up to the JSX markup. The connect function takes in two parameters: mapStateToProps, and mapDispatchToProps. This is where state management from Redux ties into component props. As state mutates, or dispatches fire, bindings take care of setting state in React.

Thunk middleware for Redux to make asynchronous API calls. It defers execution behind a thunk to unlock asynchrony. A thunk is a function that defers evaluation. For example, () => 1 + 1, because it doesn’t have immediate execution. This comes with niceties, like access to store state, and dispatch. Optional parameters are also supported in the thunk.

Logger for Redux that captures any dispatches going through the store. Each dispatch shows in the dev console in a log message. It allows drilling into prev, and next state. The action in the dispatch is also available for payload inspection. This logger is useful in local dev and can be ripped out post-build.

The following is a potential setup in Redux middleware:

The post 20 Essential React Tools for 2020 appeared first on SitePoint.

Make Yourself a Little API With Netlify Functions

Why JavaScript is Eating HTML